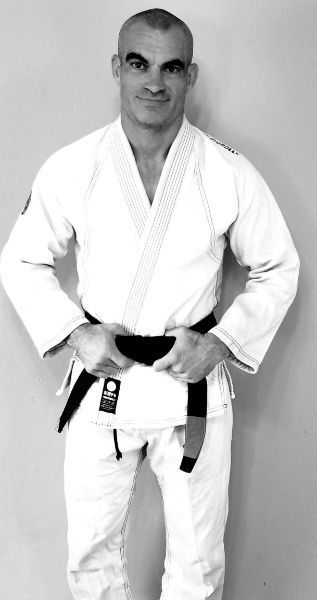 Professor Dave Maver’s passion for combat sports started at an early age. His father supported Dave playing a variety of sports at young age but soon realized that Dave was gravitating towards the combat sports. During this time period Dave’s childhood athletic training focused on a variety of combat sports and fueled his lifelong passion for fitness and combat sports. When Dave started college he continued to focus on his passion in college. He earned his degree in Exercise Science and Health and Physical Education Teaching.

Two major events and meetings during his college years changed his life forever and drove his passion even further. The first event was when Dave signed up to take Brazilian Jiu-Jitsu at the Renzo Gracie Academy in NYC under the legendary Renzo Gracie in 2000. The second was interning and working directly with Martin Rooney (one of the most sought after strength and conditioning coaches). Dave worked as a speed and strength coach for years directly with Martin where he trained high school, college and professional athletes.

Dave has continued his dedicated training in martial arts for the past 15 years while working as a physical education teacher in the New Jersey public schools. His training regiment has focused on wrestling, boxing, BJJ and Muay Thai, but it recent years has focused solely on grappling.  Dave had the privilege of being coached by some of the best coaches in Brazilian Jiu-Jitsu. He credits their coaching and his passion for his successes and wins in Brazilian Jiu-Jitsu competitions, submission wrestling tournaments and MMA.